I started having stomach ache in the night of Tuesday, 5th April, 2016. The pain lasted for about 1 hour, 30 minutes before I slept off. Then, on Wednesday, 6th April, I went to Onitsha for an appointment with my beloved Mummy Chukwunazaekpere. After my meeting with her, she asked when I would be going back to Port Harcourt and I told her that I would be going back the next day. Then, she told me that I should let her know before going.

The next day, Friday, 8th April, 2016, I woke up and was preparing to go back to Port Harcourt, but I started feeling feverish and weak. I sent a text message to Mummy that I do not think I could travel again because I was not feeling fine. In the night of that same Friday, the worst happened. Thank God that I did not travel back to Port-Harcourt that day. After taking my dinner around 8pm, I started having that same stomach ache. The pains became worse than what I had experienced in the past three days. It became so severe that I thought it was hernia or maybe ruptured appendectomy. It was as if someone was steering my intestine and also hitting my waist bone with a hammer. I ran in and out of the toilet to no avail.

I had the same type of pain on Tuesday, Wednesday and Thursday, none of which exceeded 2 hours, but that of Friday was something else. I tried to endure the pains as a man but I could not. So, I started calling Brother Ogemdi Uzosike (Dancy) in whose house I was staying. I was not taken seriously because I had been complaining for 3 days. I pleaded with Dancy to take me to hospital before I die but he told me it was already late. He then went back to sleep. I was in pains tll around 12 mid-night, crying and rolling on the floor, and praying at the same time.

Brother Chigozie, Dancy's younger brother brought red oil for me to lick but it yielded no good result. He then went to Mr. Emenike's family in the next flat and brought a sachet of water. I poured it in a cup, called the name of Jesus for 21 times and drank it but I vomited it immediately. The situation became so critical that I managed to call Dancy on phone as he was asleep in the other room and told him that I was dying. He came out and saw me rolling on the floor. He started making calls to see if someone could bring his car to take me to hospital.

I prayed and prayed but no way. So, I started pleading with Dancy to pray for me, that maybe God would see a good thing in him and answer his prayer. That was when he called Pastor Peter Onwuekwe and told him about my situation. Pastor Peter called two times after praying, hoping to get a good report but the problem got worse. He told Dancy that my case was beyond his power that he would send a message across to Daddy Hezekiah. Around 2am, Dancy and his brother took me to Shalom Hospital as I was dying. The nurses on duty admitted me and waited for the doctor to give further instructions. They gave me some injections and drip. Even after all the treatments given to me, my condition worsened. At that point, I was so weak and at the point of death, I started praying to God, asking Him for the forgiveness of my sins. I was trying to reconcile with God so that even if it was His will for me to die, I might have a place in His Kingdom. Then, it was past 3a.m.

I was like a strangled animal about to take my last breath when my Beloved father, His Grace, The Most Rev. Prof. Daddy Hezekiah, called and asked, “Dancy, What is happening in your place.” Dancy told him that Uche Umelo was dying. Daddy asked him if I had drunk anything dirty or unclean and he said no. Daddy asked if I could talk and he said yes, so, he gave me the phone. Daddy asked me what was happening to me. I was crying and told Daddy that I was dying. Daddy told me that death was not the best and that I would not die. He told me that he came to the world because of us, hence, I should not panic, that HE IS THE REPRESENTATIVE OF THE ALMIGHTY GOD ON EARTH, and therefore, can never allow the kingdom of darkness to take me away. He told me that anxiety and worry also affected me, making me to have indigestion. Then the kingdom of darkness cashed in on that opportunity and attempted to kill me. He told me to place my left hand on my stomach for him to pray for me in order to remove the hand of the kingdom of darkness. After he said, “Receive your healing, in Jesus name”, and I said, “Amen”, the pain disappeared and I got healed instantly.

Daddy also promised me that he would be awake to monitor my health till 5a.m. in the morning, and that he would want to hear good news when he would call again. When he ended the call, I started asking Dancy “where are the pains and death?” We were discussing about what God had been doing with our Daddy, and how he cares for us, when Daddy called the second time and we shared the testimony with him. Daddy gave praises to his Father and told us that he could never give the devil an inch to take away any of his children. Even the doctor and the nurses were amazed when they saw me in the morning; they never believed I was the same young man that was brought to the hospital in the midnight. Glory be to the God of my father, Daddy Hezekiah, for the great things He had done. I am happy and privileged to be his son.
Uchenna Umelo Health and Safety Officer, 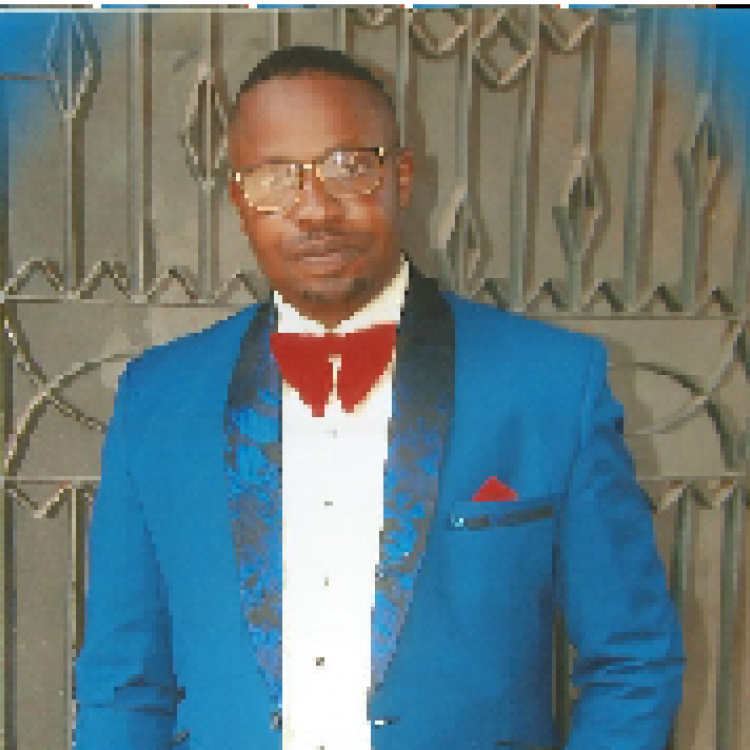