In the month of April, 2016, Miss Mmesoma Ojukwu, a 13-year-old girl, sustained injury on her way as she was fetching water. She put her 24 litres jerry can into a trolley and as she was playing with it and running so fast, the trolley hit a stone. She somersaulted and hit her hip on the stone and sustained a pelvic injury. She came back with pains and was given first aid treatment to no avail as the pain was severe. In her school, Miss Ethel Elumezie, her class teacher, tried to help her situation as she had an idea on physiotherapy but the pain continued. She was then taken to First Choice Hospital, Nkpor. The specialist there sent us for an X-ray. Later, he diagnosed the pelvic injury to be hereditary, that it was only drugs that should be given to her. The pain was so severe that Mmesoma was walking with the aid of wooden staff. We were directed to a native Orthopedic doctor at Court Road, Onitsha. We showed him the X-ray result and he said that there was a shift at the pelvic bone and that her leg would be shortened if left to heal. However, he assured that he could handle the case.

He commenced treatment and at a time, the pain was so excruciating that we took her to Apex Orthopedic Hospital, Awka. We gave the doctor the former X-ray result. He studied it and said that he could not find the problem. He conducted his own X-ray and diagnosed that there was a crack at the pelvic. He recommended crutches to correct the leg. Looking at this problem, I sent a messages to Daddy Hezekiah through Unmerited Chinelo Ojukwu to inform him about it because I thought that no specialist doctor could handle Mmesoma's pelvic injury. I also sent the X-ray results to Daddy Hezekiah. When, Daddy Hezekiah saw her on Sunday in July 2016, he promised to pray for her. She continued walking with her crutches. Miraculously, on 8th August 2017, she went to church. As she was playing with her mates, suddenly, she felt some movements on her body as if someone was massaging her waist. She ignored it and continued playing with her mates. At a time, she felt a sudden strenght in her and a voice told her to drop the crutches and walk. She obeyed and to the greatest surprise and amazement of her friends and onlookers, she could walk. She walked a little distance, and then, a longer one, and finally, dropped the crutches. Daddy had done it! When Sister Florence Nwosu saw her without using the crutches and scolded her for not using them, Mmesoma told her that she could not use it any longer as she could walk now without pains. On hearing this, Sister Florence Nwosu approached her and collected the crutches from her and she walked freely. Children of God started shouting. Before this time, Mmesoma's leg was shortened but at the miracle, her leg was restored to its normal size.
Mr. Michael Ojukwu
(Father of Mmesoma) 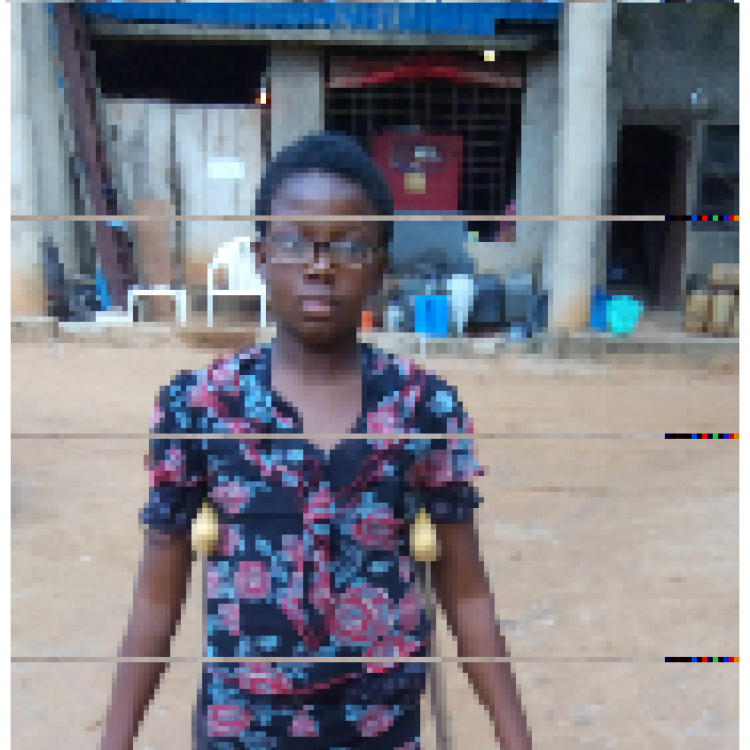